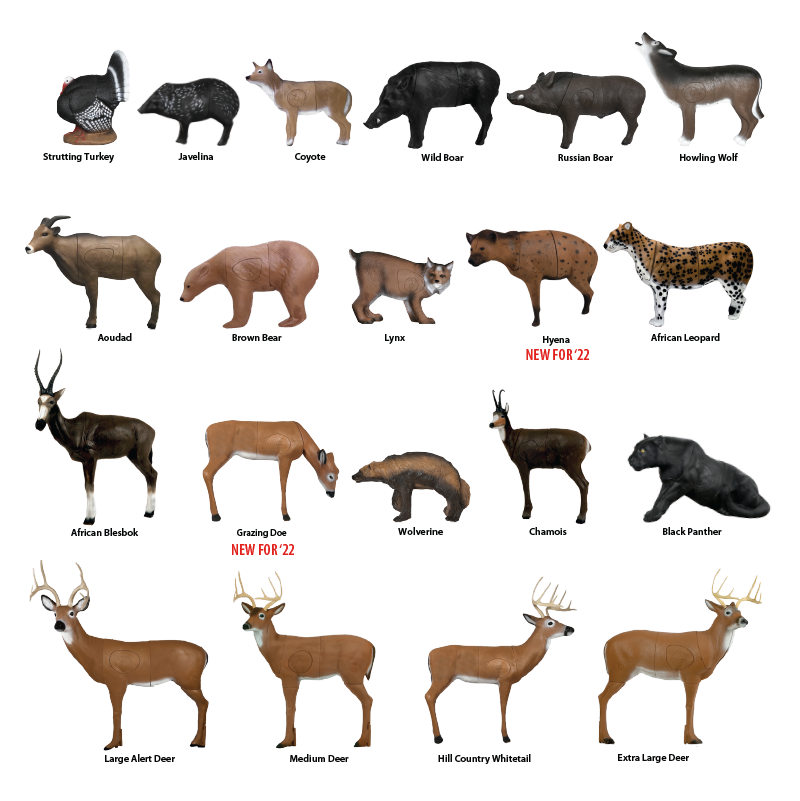 With the 2021 3D season in the books, archers can reflect back on an interesting season.

As we look forward to 2022, and the return of competitive 3D archery, it’s slated to be one of the most exciting seasons yet.

With the 2022 Lancaster Archery Classic and The Vegas Shoot in the books, archers are looking forward to getting back outside and getting some fresh air while competing against friends, family, and colleagues.

Archers that live in states that are still experiencing the cold winter weather look forward to the warm weather that the 1st leg of the 2022 ASA schedule in Foley, Alabama is slated to bring.

Along with the anticipation of warmer weather, archers have been practicing outside on the 3D targets they haven’t been shooting at as regularly during the winter indoor archery leagues and tournaments.

To prepare you for the return of the 2022 ASA season — we’ll cover which 3D targets the archers will be shooting at this year, as well as which targets are new and returning to this year’s lineup. 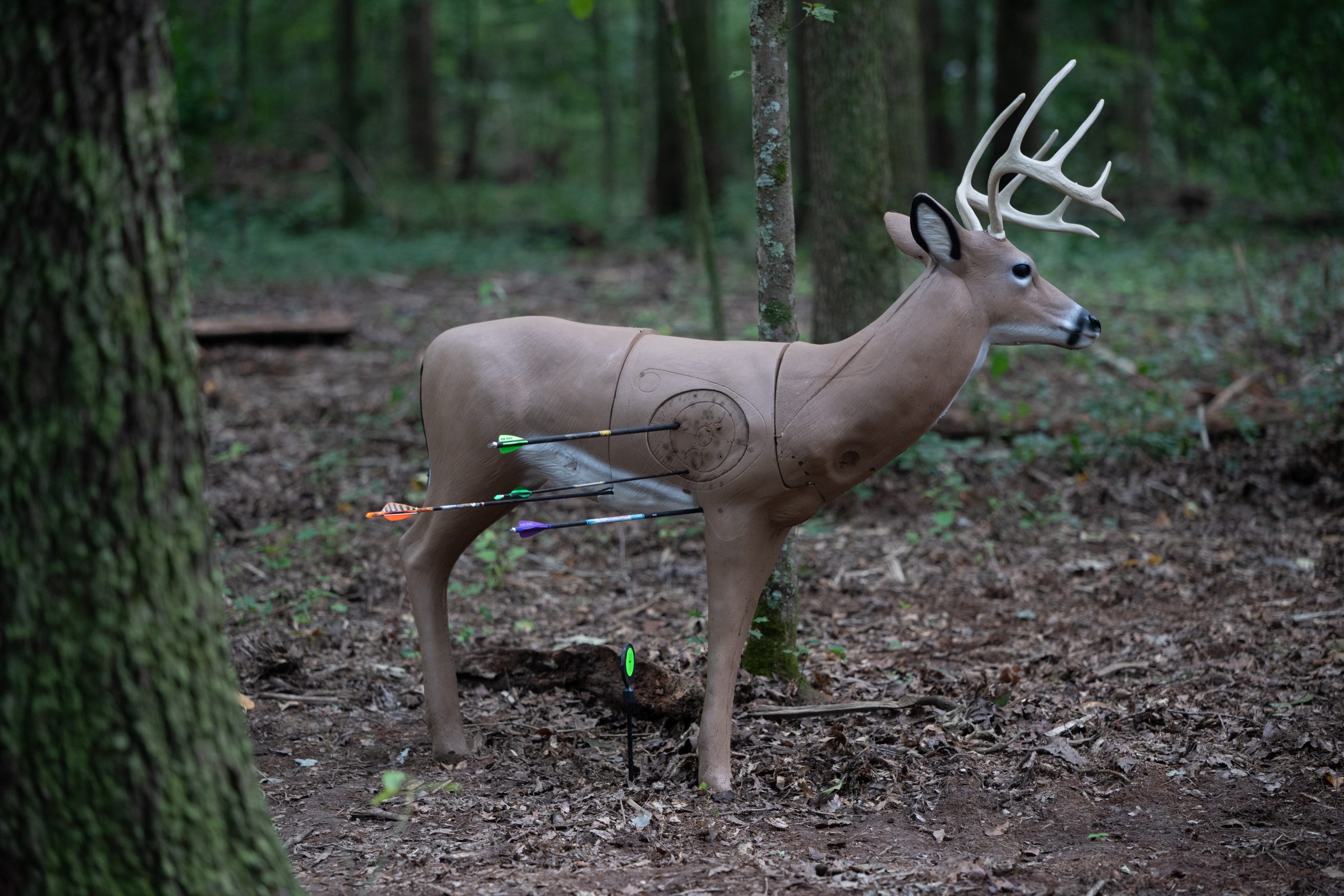 The Delta Mackenzie 3D targets continue to be the official targets of the ASA PRO/AM tour.

Their 3D targets are a perennial leader in durability, quality, and reality for the animals they imitate.

Not only contributing targets for the ASA tour, but Delta McKenzie also contributes so much more to the sport of archery and is continually pushing the envelope for their company’s innovative archery targets.

The most recent addition to this year’s 3D target lineup is the new Grazing Doe target.

This 3D target can be set up for almost any encounter where you would need to practice shot placement in the field. 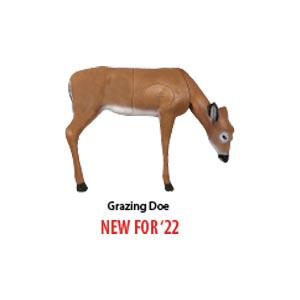 Many 3D archers are used to shooting the same targets over and over, most of which are positioned broadside and facing straight ahead.

The grazing doe mixes it up a bit and will also present a unique challenge to those competing in unknown classes.

The life-like reality will prepare you for real-life situations and the perfect addition to this year’s ASA 3D target lineup. 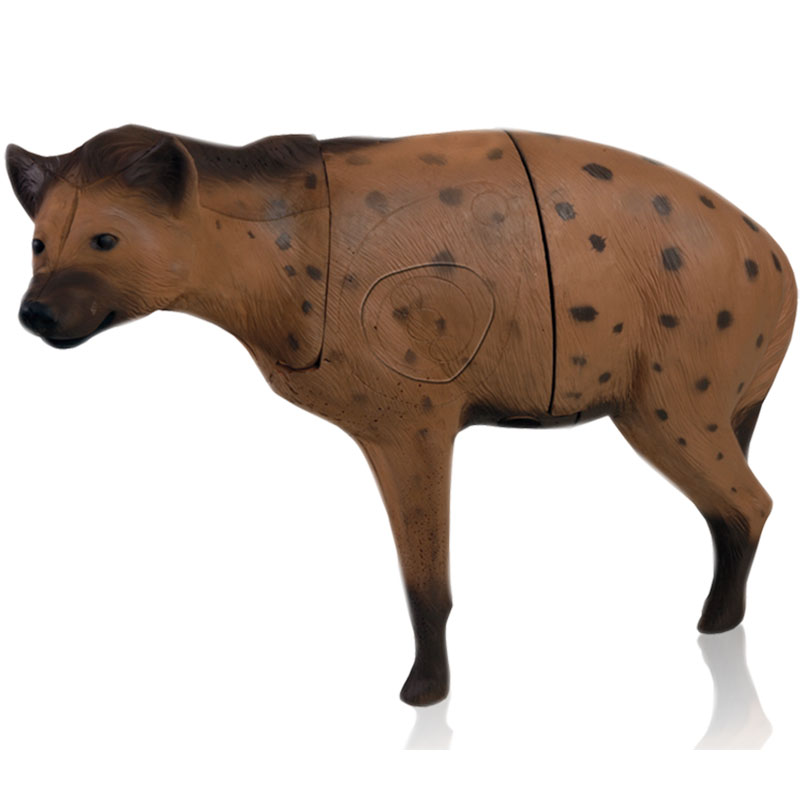 The second notable target in this year’s 3D lineup is the African Hyena.

Archers shooting in this year’s ASA tournaments may recognize the hyena from years past. The hyena returns to this year’s lineup after a multi-year hiatus.

Depending on who you ask – the hyena’s return is either a loved or hated decision.

Although you might not be able to afford a safari right now, you can at least test your archery skills on this target.

The grazing doe and hyena are both a part of the Delta McKenzie “Pro Series” line of 3D targets.

The best part of these targets is when you’ve put one too many arrows through them, simply order a replaceable core to enjoy your professional target for years to come.

The 3D targets universal scoring rings feature both the ASA 12s and IBO 11s — perfect for archers who compete in both ASA and IBO shoots.

Both targets are part of the full 2022 PRO/AM tour series offering the fun and challenging events that archers have become accustomed to over the seasons.

If you’re looking for extra practice at home or looking to add some exotic targets to your personal range, take a look at all of the archery targets Delta McKenzie offers.

What’s your favorite 2022 ASA 3D Target? What’s your least favorite target? Let us know in the comments below!

For more target archery and bowhunting content, be sure to stop back and check out our future blog posts at Elevation’s Blog.

This site uses Akismet to reduce spam. Learn how your comment data is processed.